Getting the Most Out of a Coach: A Roadmap for Parents | Patricia Hy-Boulais 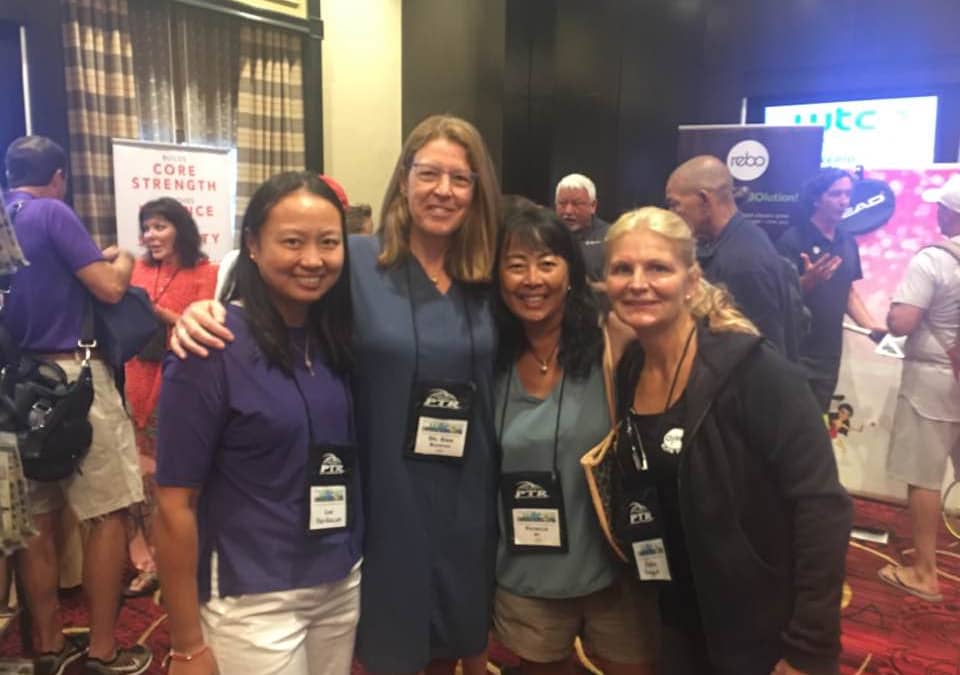 Raising a child is difficult in and of itself, but parenting becomes even more challenging with the added component of sport. All parents want to see their children succeed, but few have a complete understanding of the ins and outs of the road to success, particularly in the sport of tennis.

Enter Patricia Hy-Boulais. Fans of the sport will remember Hy-Boulais for many notable wins throughout her professional career, including an upset-victory over newly-minted Olympic gold medalist Jennifer Capriati at the 1992 US Open to reach the quarterfinals.

Hy-Boulais played tennis for nearly a quarter of a lifetime, initially representing Hong Kong before obtaining Canadian citizenship and representing Canada for the remainder of her professional career. Despite numerous accomplishments throughout her 12-year professional career, a loss to Mary Jo Fernandez in the second round of the 1992 Olympics stands out as the turning point for Hy-Boulais.

“I played Mary Jo Fernandez, who was ranked No. 10 in the world at the time, and I had something like 10 match points and ended up losing the match,” she recalled. “That was memorable for me because the loss really stung to the heart. I wasn’t depressed, I was outraged. I had 10 match points, how is it that I couldn’t convert even one? That outrage brought out a lot of energy and motivation to do better, and I ended up having my best year yet.”

Hy-Boulais translated the anger she felt through the loss into a focus on continuous improvement. “I matured mentally and found myself to be working on the right things, focusing to improve on my skills and on my mentality,” she explained. “It’s not if you’re going to have challenges and problems, it’s when they come, are you ready to counter them and conquer them? It’s almost like after each challenge you conquer, another one comes up.”

Even after retiring from professional tennis in 1998, Hy-Boulais has continued to conquer life’s challenges. One major dilemma she came across was one that all parents can relate to – a lack of available time within a day to spend with the children.

Before her son and daughter were even born, she began looking into ways she and her husband could be more involved in the day-to-day activities of their children. That’s when she decided to create an agility and motor-skills developmental course for young children looking to get into tennis.

One thing led to another, and Hy-Boulais eventually worked her way up from Director of her motor-skills program, to Director of Women’s Tennis at the JTCC in Maryland, to leader of a high-performance program in Toronto. However, after two years of leading a group of 20 high-performance athletes, she decided to step away from coaching to pursue something more with her extensive background and unique perspective within the sport.

“I felt like I had a lot of experiences that a lot of people don’t necessarily have. Some people can say they are parents, and it stops there. Some people can say they were a former player, and it stops there. Very few have this full circle of experiences,” said Hy-Boulais. “Over the years, traveling, having our own academies, directing clubs, going to tournaments – I talked to a lot of parents. It didn’t matter where I went, there seemed to be some discontentment from parents. A lot of it came from a lack of understanding.”

Then an idea dawned on Hy-Boulais – she needed to write a book on mentoring parents. “I wanted to help parents bridge that gap and figure out how they could get the most out of a coach,” she explained. “Coming from different perspectives, I understand why coaches doing a certain thing, why parents do a certain thing. At the end of the day, they have a common interest – the same child and getting that player better.”

While there are many tennis books on the shelves today, they mainly focus on the lives and stories of famous athletes. There are none quite like Hy-Boulais’.  “The book is going to be insights from different perspectives – a coach, a player, and a parent. It’s going to help parents move forward in raising their star athlete in the family,” she said.

Hy-Boulais has had plenty of experience raising star-athletes, as her two children have excelled within the sport. Her daughter, who now is on a tennis scholarship at Ohio State University, even toyed with the idea of turning professional out of high school. With a wealth of experience as an athlete, Hy-Boulais has acted as a mentor for her two children throughout their careers, while her husband has taken on the primary coaching responsibilities.

Now that her daughter is in college, Hy-Boulais’ behind-the-scenes mentor role has become even less hands-on. “I still talk to her, but I’m mindful of the fact that her dad is her coach, and now she even has a coach in front of her dad, her college coach. My book is going to describe these roles. It’s super, super important that we know exactly what role we’re playing. That doesn’t mean that you’re lesser, if anything it gives you a better view. You’re not stepping on anyone’s toes if you know what role you’re playing, and you build trust that way.”

Knowing your role and building trust with your child’s coach are two vital skills that all parents need to understand, and they are skills that Hy-Boulais has honed throughout her experiences raising her two children.

“The club I’m in has over 500 players, so you come across a lot of parents and hear all kinds of frustrations. They are all very similar frustrations, which gave me the cue to write my book,” said Hy-Boulais. “We all have the same types of problems with our children – distractions, lack of motivation, and underperforming, for example. Now I just know better through experience. I know how to react, how to respond, and I know what works because I’ve experienced these things through my children.”

Above all else, Hy-Boulais is on a mission to simply help other parents through the journey of raising their tennis players, assuring them that they are not alone in their trials and tribulations. “My book will focus on the insights of real life, the ugly truth,” she explained. “It’s a roadmap for parents on how to get the most out of a coach working with their child.”

*Patricia Hy-Boulais’ book will be released in the Spring of 2019. WTCA members may preorder a copy by contacting Patricia at hytennis@gmail.com.