Are UTR Rankings a Solution to a WTA Return in the Fall? 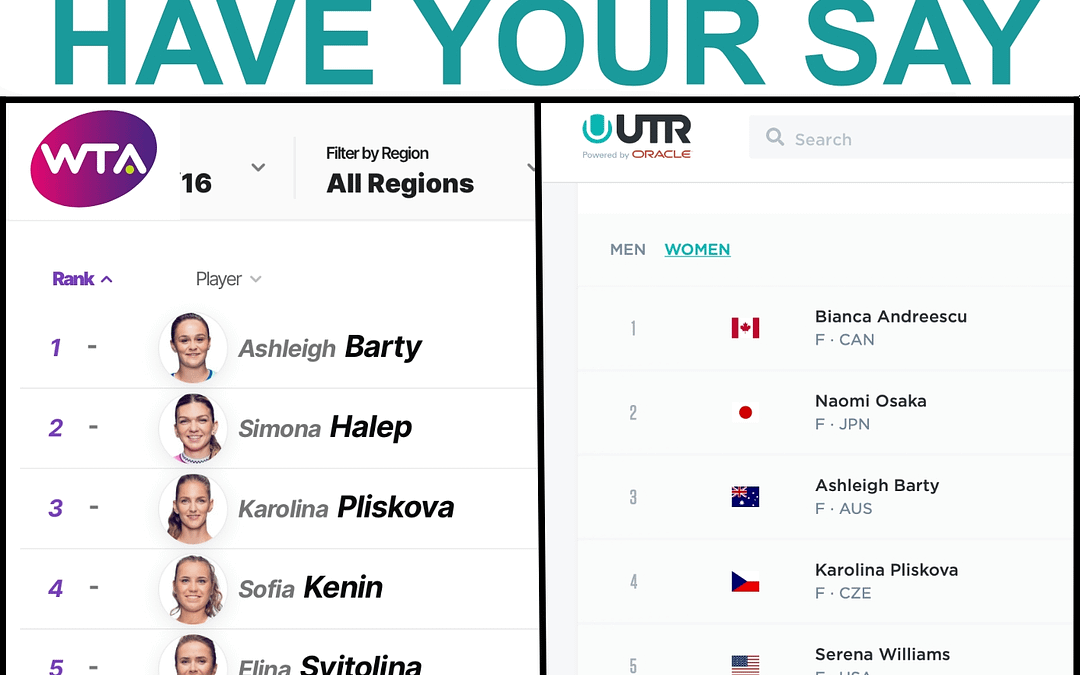 We are all desperate to see tennis return in the fall, but the ultimate question is: What ranking system would be fair for everyone? Indian Wells wasn’t playing this year, but before the tournament director canceled the tournament, Canadian star Bianca Andreescu had officially withdrawn. Makes for a complicated situation doesn’t it? Ash Barty would theoretically lose the points she gained in Miami as the 2019 champion. There lies the question, what would a return to play ranking list look like, is there a way to do it ensuring those 100+ players get a seat at the table?

The official WTA website states the following: ‘In response to the current suspension of the season, the WTA Rankings have been frozen until play resumes. What does a “Frozen Ranking” mean? A Frozen Ranking means a player’s ranking as of March 9, 2020, will remain in place until play resumes. Points earned during the 2019 Indian Wells tournament will remain on a player’s ranking, as well as the points earned across all levels in the weeks that followed through March 9, 2020. In short, a player’s Frozen Ranking includes all points earned from 2019 Indian Wells through March 9, 2020. At this time, the WTA has not announced a return to play ranking system, it’s an extremely complicated situation particularly when we don’t know if play will resume at all for the 2020 season. Would using the frozen ranking the answer? Would that be fair to players on the rise, when potentially it could be protecting players losing points and currently on the backward slide? Should players be forced to start from where the restart happens? With all points not defended during the pandemic removed from the computer?

Could the Universal Tennis Rating the answer may be yes maybe no, it depends on who you ask.  According to the MYUTR website, they are very confident that their real-time rating system is very accurate:  At the core of everything we do is the Universal Tennis Rating (UTR Powered by Oracle), the global gold standard for all tennis players which reflects their current skill level based on actual performance. It is the world’s only purely results-based rating system in tennis, which rates all players on the same 16-point scale regardless of age, gender, or location. UTR is widely used throughout the tennis community by professionals, collegiate players, juniors and recreational players. It is the only proven rating system that allows you to track your progress in real-time. 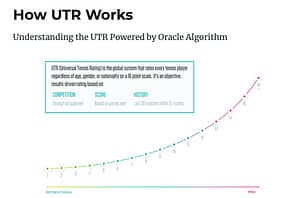 Your guide to how Universal Tennis Rating (UTR) works.  This post has been updated as of July 1, 2019.  Introduction UTR Powered by Oracle is a global rating system that promotes fair and competitive play across the tennis world. All players, regardless of age, gender, geography, or skill level, are rated on a same scale between 1.00 and 16.50 based on actual match results. Benefits of UTR UTR provides a real-time view of a player’s true skill level. Having a UTR enables you to track your progress, find level-based play, and expand your tennis network to play with people across age, gender, and tennis silo. Who has a UTR? Every tennis player can have a UTR. UTR provides an accurate measurement of a player’s true skill level, whether you are a recreational, junior, high school, college, or pro player. Verified UTR vs UTR UTR counts all results, including matches played in verified tournaments/events and non-verified matches. Verified UTR counts match results played in only verified tournaments and events. For example, USTA league/tournament matches count toward Verified UTR and UTR. Casual/practice matches and self-posted scores count only toward UTR. How is UTR calculated?  UTR is calculated by an algorithm using a player’s last 30 eligible match scores from the last 12 months. For each eligible match, the algorithm calculates a match rating and a match weight; a player’s UTR is the weighted average of all the match ratings. Match Rating Actual Performance vs Expectation In every match, there is an expected outcome, based on the UTR difference between opponents. Let’s say you play an opponent with the following:

Your UTR will go up or down based on how you perform vs. expectation. After one match result, you receive a projected UTR (P). After approximately five matches, the rating becomes reliable. Your UTR continues to update as more matches are added. Match Weight The following factors are used in the match weight calculation:

What is the best way to improve my UTR?

The UTR rankings list there top 5 players according to real-time ratings:

It’s certainly something to think about, and the team at the WTA has much to consider as we ponder the return to tennis. The WTCA and the UTR share a mutual passion for keeping tennis players in the sport. However, we need to note that we do not have a partnership with the UTR, but we do have a tremendous amount of respect for what they bring to our sport and wonder if there is something there when it comes to how the ranking system works. With champions like Rafa Nadal asking whether it would be better to have a 24-month ranking system and the way, COVID19 has caused absolute chaos for when it comes to who keeps what point and how perhaps now it an opportunity for rethinking the way the ranking system works. We will leave you with one final question, what if anything would it change if every single game counted, week in week out? Please leave us your comments, it’s an interesting discussion!