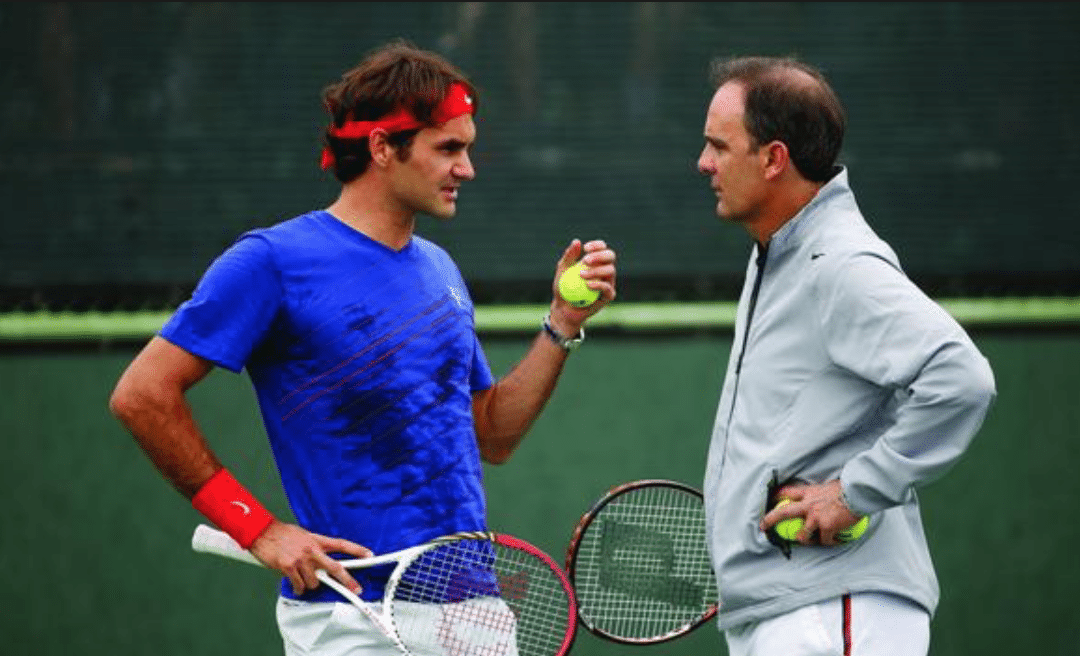 Paul Annacone is no stranger to the grandest stage of tennis. As a player, he won a Grand Slam doubles title of his own. As a coach, he has worked with some of the greatest athletes in the game, including Pete Sampras, Roger Federer, Tim Henman and Sloane Stephens.

As the sun began to set on his playing career, Annacone opted to prepare himself for life after tennis by obtaining his real estate license and getting involved on the Tour as a Player Representative. However, he quickly found that coaching was what he enjoyed the most due to the interaction and ability to help other players grow within the sport.

Annacone’s career as a coach truly took off when he began working with Pete Sampras after promising his close friend and Pete’s former coach, Tim Gullikson, that he would step in as a temporary coach while Gullikson battled brain cancer.

Unfortunately, Gullikson eventually passed away after a hard-fought battle against the cancer. Trying to make the best out of a horrific situation, Annacone continued to work with Pete Sampras for seven-and-a-half years.

After working with Sampras, Annacone served as a coach for Tim Henman, followed by a stint as the coach of the British Davis Cup team under Captain John Lloyd, then working with Roger Federer for three years and Sloane Stephens for a brief period.

While these high-level players undoubtedly absorbed a number of vital lessons from Annacone, he arguably learned more about his own coaching style from them. Above all, he gained an appreciation of the importance of understanding each individual athlete’s personality, which is particularly significant at the pro level.

Through years of experience, he also cultivated an appreciation for active listening. “You’re always learning, and players can teach you too. I was fortunate to have a lot of great players, who were also really terrific people. I pride myself on collaborative works with all of the players. There are times where you’re more dictatorial and more directive, but a lot of it at the pro level is more collaborative. It’s conversation, pointing in a direction, getting buy-in from the player and then having them try to activate all that they’ve learned,” Annacone explained.

Each and every one of Annacone’s players were quite different, despite having similar ‘X-factors’ that made them successful. To get the best out of Sampras, Annacone knew he would have to communicate his messages succinctly, whereas Federer and Henman were more collaborative and wanted to talk things through in-depth.

Coaching Sloane Stephens was more of a challenge for Annacone because the duo could never quite get on the same page. Despite the mutual ending of the coaching relationship, the two remain friends to this day because of the pillar of strong communication-based working relationships that define Annacone’s coaching style.

Despite the distinct differences in personality, Annacone’s players all had two things in common – their talent and drive to be successful on the court. Based on his experience, Annacone offers five tips for becoming a high-level tennis player.

“One would be knowing and understanding your own game style. Two would be the ability to deal with adversity when you’re preparing and you’re playing. By adversity, I mean strategic, personal, environmental, bad calls, whatever it may be. Three would be understanding and accepting what you cannot control. If someone is playing great, if you’re sick, if there’s an injury – can you understand that and still pragmatically problem-solve on the court? Fourth is hard work and smart work, which are two different things. Five would be resilience,” he said.

Although all of his players were undoubtedly gifted, Annacone also realizes that talent must be developed properly. “Success comes with practice, engraining habits, discipline and self-belief.  I think there’s a seed there, and it needs to be watered. That’s the development of a player, and I think all the best players practice those things and over time, it becomes engrained and natural. Then it becomes much easier for them to execute what they want to do on the tennis court,” he explained.

According to Annacone, another key element all tennis players must possess is the ability to put a match in perspective. “Great players enjoy the highs without getting unrealistic visions of what has been accomplished. The lows sting, but it’s not the end of the world. They know it’s time to build that perspective that allows the player to deal with the volatility of emotional ups and downs. The great ones embrace that, and that’s why they have terrific careers with a lot of longevity,” he said.

With Annacone’s depth and breadth of experience at the highest level of the sport, he advises coaches to be clear and direct when speaking with their players because conversation is one of the most important keys to a beneficial coach-player relationship.

“Communicate honestly, but also be empathetic to the situation your player is in to help understand what they’re going through so you can help manage the environment,” said Annacone. “If you’re clear with your messaging and understand your player, you have a pretty good foundation to go through that journey and process and have a really good relationship. The better the relationship, the more likely they’ll respond and buy in.”