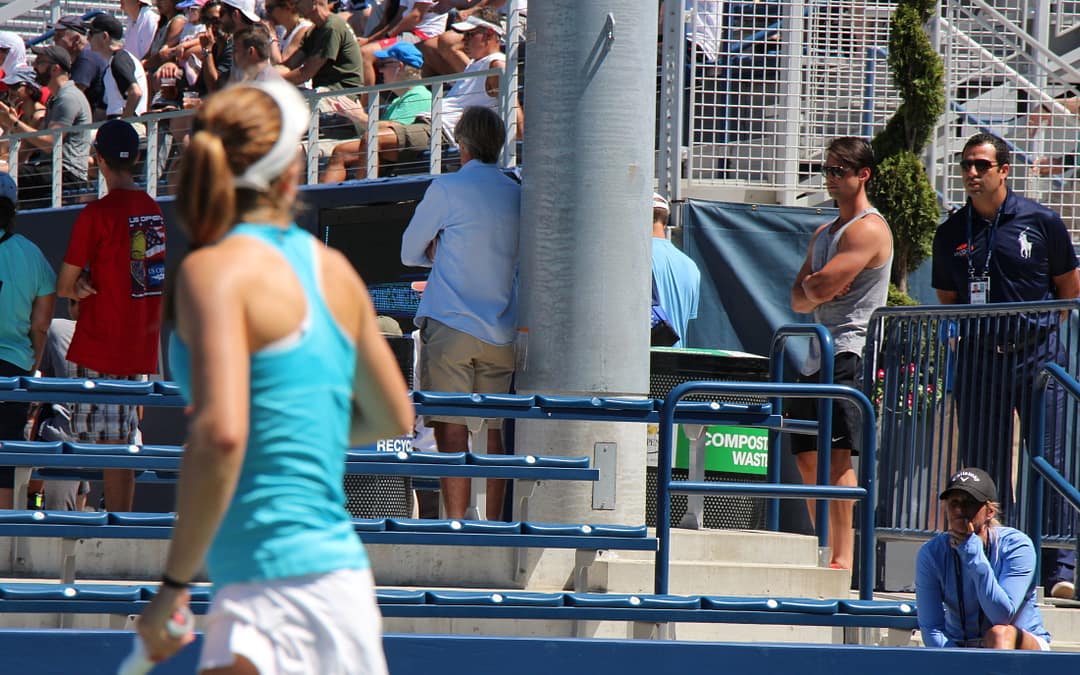 This week the WTCA asked WTA tour player Francesca Di Lorenzo a curly question! Having the confidence to hit the ball down the line is essential! Many players fall into the trap of playing the waiting game, sitting back in the cross-court rally waiting for their opponent to miss. Let’s talk about you going after the down the line backhand (because for most players it’s harder than hitting a down the line forehand) can you describe which ball or scenario you wait for in order to change direction (height, depth, width, opponent court position, etc) and how do you muster up the courage to go for it in pressure situations?

Francesca: Being able to change direction is essential to moving your opponent and getting on offense. One of the best shots to do this would be the backhand down the line. Should I risk it? Should I just stay consistent cross-court instead? The answer is yes risk it, BUT on the right ball. It will be worth the risk even if you do miss it. Regardless of whether you make the shot, by going for the down the line, you are showing your opponent that you are not afraid to go for that shot. Then, they have it in their head that it is a shot you will go for and adds another area of the court they must cover. When a player simply stays in the cross-court rally, they are typically not accomplishing much but only letting their opponent know their weakness and/or fear: hitting the backhand down the line.

When you do go for this shot, it’s important to remember this doesn’t need to be a winner!! The ball does not need to hit the line and be the last shot hit in the rally! Instead, it can be the set up for the short ball that you should receive with a good placement backhand down the line. With this mentality, you create bigger margins for yourself and are less likely to make an unforced error. By going for this shot earlier in a match when there is a bit less pressure or in a game in which you are up, you are able to get a feel for the shot and the correct ball to hit it on. Then, later on in the match, when you do face a pressure situation, you will have more confidence and will go for the shot because you have already been hitting it throughout the match.

The success of a backhand down the line is heavily reliant on a player’s court positioning and the ball in which their opponent hits. If my opponent rips a hard-driving ball to my backhand in which I have very little time to prepare, then chances are I will not be redirecting the shot down the line. This is where, we as players, need to be mentally tough and acknowledge the shot of our opponent. Taking this shot down the line would be a very low percentage and most likely result in an unforced error. To successfully hit the backhand down the line, look for a ball in which you have more time and are set up with both feet behind the ball. Again, unbalanced and falling off the court trying to hit a backhand down the line is not the right shot to go for. Understand that the distance is shorter going for a down the line shot than it is cross court and therefore being off-balanced and attempting a down the line scream winner is very high risk. Even if it does go in, if your opponent manages to get a racquet on it, the whole court is open for them because of your poor court positioning.

The backhand down the line is one of the most important shots in tennis! Don’t forget to use it.